In his small pub in Oldham, Harry Wade is something of a local celebrity. But what's the second-best hangman in England to do on the day they've abolished hanging? Amongst the cub reporters and sycophantic pub regulars, dying to hear Harry's reaction to the news, a peculiar stranger lurks, with a very different motive for his visit.

A brilliant black comedy set in 60’s Lancashire – Hangmen is fast-paced, side- splittingly funny and with a gripping tension that is relentless until the end.

We were totally enthralled… The Whitley Pump

With faultless direction and impressive performances all round, Hangmen makes for perfect viewing if you relish a bit of dark humour. The Henley Standard 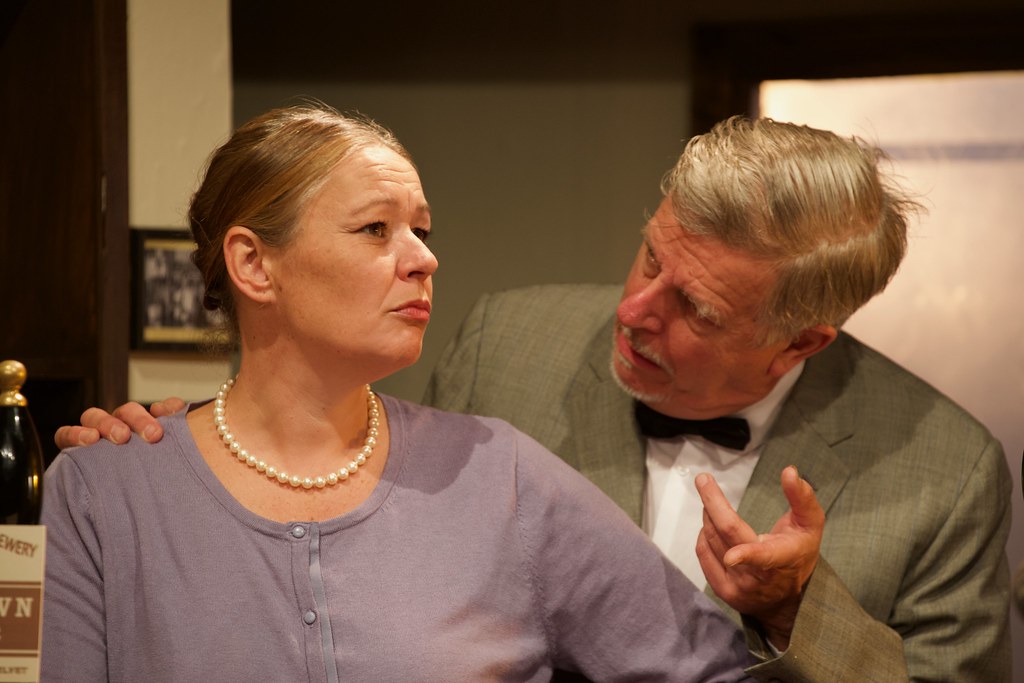 We are proud to partner with
Reading Film Theatre

Free programme at our shows for RFT members